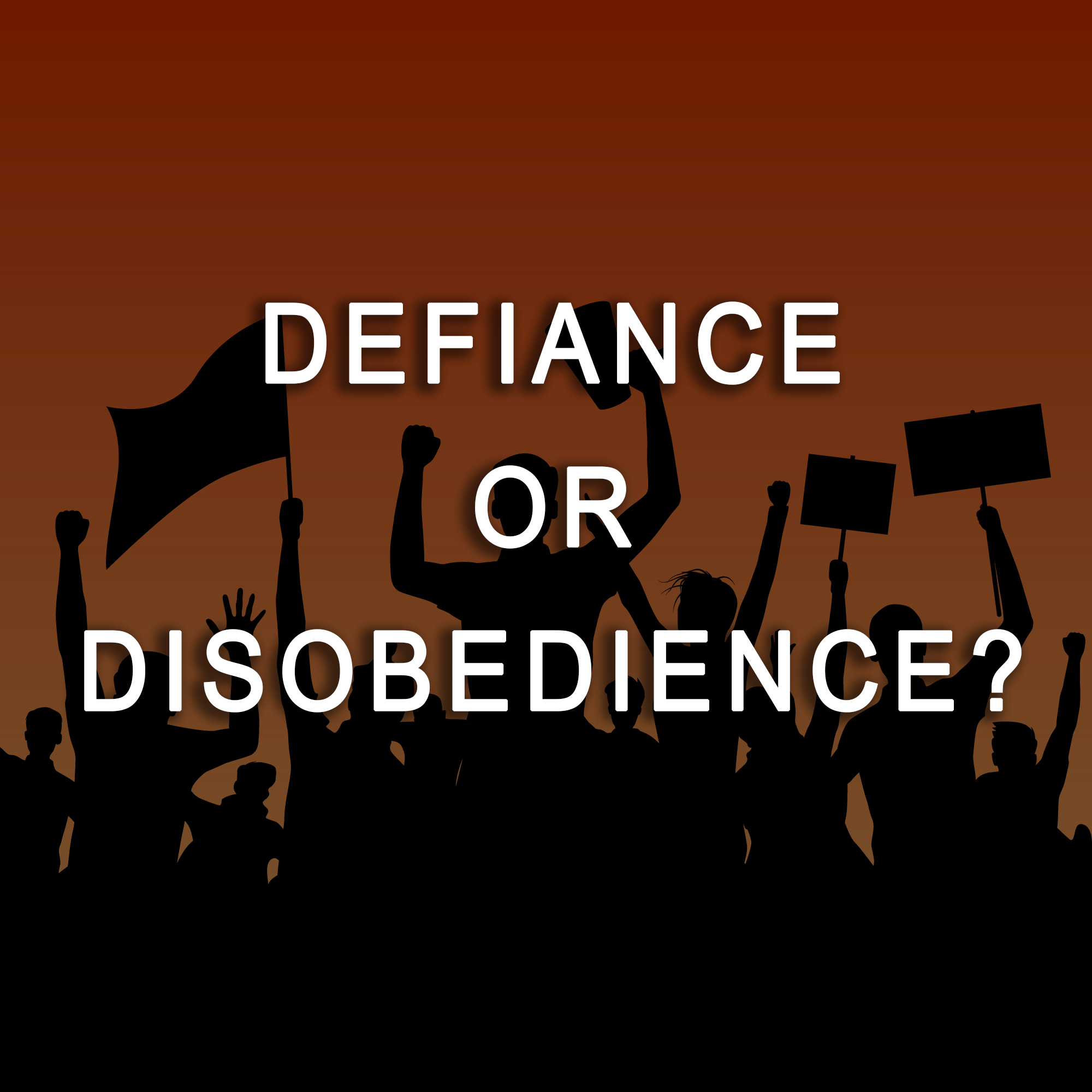 No doubt you have seen videos of popular preachers proclaiming loudly and publicly that their church will not obey one regulation or another because they must obey God’s commands over man’s commands.

First, let me say that such choosing to obey God’s Word over man’s wicked mandates is something that we firmly believe to be required at times in the church. Deciding when that line should be drawn is something that many people may debate. However, Scripture gives us clear examples of individuals and groups who disobeyed wicked decrees in order to obey God.

Here are a few:

Hebrew midwives refused to kill the male children and lied to Pharaoh about why they did not obey. Exodus 1:15-21

Rahab hid the Israelite spies and lied about their location to the authorities. Joshua 2

Daniel continued to pray to God, per his normal routine, when commanded to only pray to the king. Daniel 6

The three Hebrew children refused to bow to the golden idol when the music played. Daniel 3

Peter and John continued to preach the gospel after being threatened and beaten and told to stop. Acts 4:13-22, 5:17-42

Revelation describes a time where all men are required to worship the beast and his image and those who refuse will be put to death. We assume this to mean that some will refuse. Revelation 13:15

These are the main proofs we lean on when choosing to disobey earthly commands in favor of obeying God’s commands. These acts of ‘civil disobedience’ were done specifically because the people were commanded to disobey God’s clear law/commands in one way or another.

However, there are two key components to these acts of disobedience that are often missed, especially by many who claim the need for it in our American culture. Those components are fear of God and humility.

In several of these passages, we see a proper reverence of God.

[17] But the midwives feared God and did not do as the king of Egypt commanded them, but let the male children live. (ESV)

[8] Before the men lay down, she came up to them on the roof [9] and said to the men, “I know that the LORD has given you the land, and that the fear of you has fallen upon us, and that all the inhabitants of the land melt away before you. [10] For we have heard how the LORD dried up the water of the Red Sea before you when you came out of Egypt, and what you did to the two kings of the Amorites who were beyond the Jordan, to Sihon and Og, whom you devoted to destruction. [11] And as soon as we heard it, our hearts melted, and there was no spirit left in any man because of you, for the LORD your God, he is God in the heavens above and on the earth beneath. (ESV)

[3] And Ahab called Obadiah, who was over the household. (Now Obadiah feared the LORD greatly, (ESV)

These acts of disobedience were done either secretly or without abnormal fanfare or public dissent toward those in authority. Yes, in some instances there were clear, pointed, and firm responses given, such as the three hebrew children and Peter and John.

However, even in those examples we only see these strong words in response to accusation and questioning by the governing authorities. They were not standing on the street corner defying the government, but when asked why they disobeyed, they were ready to give a clear and complete answer of their loyalty to God above men.

In none of these instances do we see an attitude of defiance toward the governing authorities. Rather we see a heart of humility toward their God and a willingness to face the consequences of their actions, even to the point of death, not kicking and screaming, but in full acceptance of God’s sovereign plan.

This is a key distinction we must consider as we seek to navigate the ever-changing laws and mandates of our local and national authorities.

“I must stand up to those who oppose my views and call them out in an effort to bring about my desired outcome.”

“I must continue to obey God even if it means suffering for that obedience at the hands of wicked men.”

It is one thing to obey God’s commands when they conflict with man’s laws. It is a far different thing to openly and loudly draw attention to your disobedience as an act of defiance to those God has placed in authority.

These spiritual leaders who are publicly decrying the mandates of the governing authorities, while possibly correct in choosing to disobey them, are doing so in a prideful manner that diminishes the Gospel impact of their disobedience. They are virtually daring the government to act on their mandates expecting them to back down on following through with any stated consequence.

This is not the example we see in Scripture.

The proud heart resists both man’s mandates and the consequences that may come from disobedience. The humble heart submits to God’s commands understanding and accepting that it may bring about suffering.

There may well be a day in the near future when we as a church must choose to disobey a legal mandate in order to obey God’s commands. If we suffer for it, let us be glad as the apostles were that we get to share just a bit in Christ’s suffering.

[40] and when they had called in the apostles, they beat them and charged them not to speak in the name of Jesus, and let them go. [41] Then they left the presence of the council, rejoicing that they were counted worthy to suffer dishonor for the name. [42] And every day, in the temple and from house to house, they did not cease teaching and preaching that the Christ is Jesus. (ESV)

However, until that day comes let us not seek to defy God’s appointed rulers, but rather, let us seek to be people who give honor even when disobedience is required.

May we as a local body never be marked by the pride of defiance but by the humility of obedience to God.